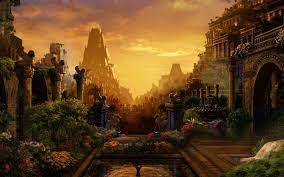 2 Wherein in time past

ye walked according to the course of this world,

according to the prince of the power of the air,

the spirit that now worketh

in the children of disobedience:

How was it in the past?

How were the nations?

Let's hear what the Bible says:

3 Now the serpent was more subtil

than any beast of the field which the Lord God had made.

And he said unto the woman,

Ye shall not eat of every tree of the garden?

2 And the woman said unto the serpent,

We may eat of the fruit of the trees of the garden:

3 But of the fruit of the tree

which is in the midst of the garden,

Ye shall not eat of it,

neither shall ye touch it, lest ye die.

4 And the serpent said unto the woman,

Ye shall not surely die:

5 For God doth know that in the day ye eat thereof,

then your eyes shall be opened,

and ye shall be as gods,

6 And when the woman saw

that the tree was good for food,

and that it was pleasant to the eyes,

and a tree to be desired to make one wise,

she took of the fruit thereof, and did eat,

and gave also unto her husband with her;

and he did eat.

7 And the eyes of them both were opened,

and they knew that they were naked;

and they sewed fig leaves together,

and made themselves aprons.

the man is become as one of us,

to know good and evil:

and now, lest he put forth his hand,

and take also of the tree of life,

and eat, and live for ever:

23 Therefore the Lord God sent him forth

from the garden of Eden,

to till the ground from whence he was taken.

and he placed at the east of the garden of Eden

and a flaming sword which turned every way,

to keep the way of the tree of life.

5 And God saw that the wickedness of man

was great in the earth,

and that every imagination of the thoughts of his heart

was only evil continually.

6 And it repented the Lord

that he had made man on the earth,

and it grieved him at his heart.

7 And the Lord said,

I will destroy man whom I have created

from the face of the earth;

both man, and beast, and the creeping thing,

and the fowls of the air;

for it repenteth me that I have made them.

8 But Noah found grace in the eyes of the Lord.

11 And the whole earth was of one language,

and of one speech.

as they journeyed from the east,

that they found a plain in the land of Shinar;

and they dwelt there.

3 And they said one to another,

Go to, let us make brick,

and burn them thoroughly.

And they had brick for stone,

and slime had they for morter.

Go to, let us build us a city and a tower,

whose top may reach unto heaven;

and let us make us a name,

lest we be scattered abroad

upon the face of the whole earth.

5 And the Lord came down to see the city and the tower,

which the children of men builded.

6 And the Lord said,

the people is one,

and they have all one language;

and this they begin to do:

and now nothing will be restrained from them,

which they have imagined to do.

and there confound their language,

that they may not understand one another's speech.

8 So the Lord scattered them abroad

from thence upon the face of all the earth:

and they left off to build the city.

9 Therefore is the name of it called Babel;

because the Lord did there confound

the language of all the earth:

and from thence did the Lord scatter them abroad

upon the face of all the earth.

24 Then the Lord rained upon Sodom and upon Gomorrah

brimstone and fire from the Lord out of heaven;

25 And he overthrew those cities, and all the plain,

and all the inhabitants of the cities,

and that which grew upon the ground.

26 But his wife looked back from behind him,

and she became a pillar of salt.

27 And Abraham gat up early in the morning

to the place where he stood before the Lord:

28 And he looked toward Sodom and Gomorrah,

and toward all the land of the plain,

and beheld, and, lo,

the smoke of the country went up

as the smoke of a furnace.

32 And when the people saw that Moses

delayed to come down out of the mount,

the people gathered themselves together unto Aaron,

and said unto him,

Up, make us gods,

which shall go before us;

for as for this Moses,

the man that brought us up out of the land of Egypt,

we wot not what is become of him.

2 And Aaron said unto them,

Break off the golden earrings,

which are in the ears of your wives, of your sons,

and of your daughters, and bring them unto me.

3 And all the people brake off the golden earrings

which were in their ears,

and brought them unto Aaron.

4 And he received them at their hand,

and fashioned it with a graving tool,

after he had made it a molten calf:

These be thy gods, O Israel,

which brought thee up out of the land of Egypt.

5 And when Aaron saw it,

he built an altar before it;

and Aaron made proclamation, and said,

To morrow is a feast to the Lord.

6 And they rose up early on the morrow,

and the people sat down to eat and to drink,

and rose up to play.

7 And the Lord said unto Moses,

Go, get thee down;

which thou broughtest out of the land of Egypt,

8 They have turned aside quickly

out of the way which I commanded them:

they have made them a molten calf,

and have worshipped it,

and have sacrificed thereunto, and said,

These be thy gods, O Israel,

which have brought thee up out of the land of Egypt.

9 And the Lord said unto Moses,

I have seen this people,

it is a stiffnecked people:

Pilate saith unto them,

Shall I crucify your King?

We have no king but Caesar.

16 Then delivered he him therefore unto them to be crucified.

And they took Jesus,

and led him away.

17 And he bearing his cross

went forth into a place called the place of a skull,

which is called in the Hebrew Golgotha:

18 Where they crucified him,

and two other with him,

on either side one,

and Jesus in the midst.

19 And Pilate wrote a title,

and put it on the cross.

And the writing was Jesus Of Nazareth

The King Of The Jews.

20 This title then read many of the Jews:

for the place where Jesus was crucified

was nigh to the city:

and it was written in Hebrew,

and Greek, and Latin.

Revelation 22:2 King James Version 2 In the midst of the street of it,  and on either side of the river,  was there the tree of life,  whi... 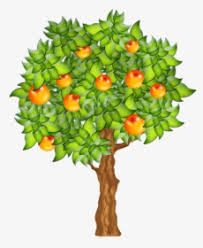 Chronicles 7:14 King James Version If my people, which are called by my name, shall humble themselves, and pray, and seek my face, and turn from their wicked ways; then will I hear from heaven, and will forgive their sin, and will heal their land.

Leila Casusi
The work I do, is share GOD's WORD with you. 1 Thessalonians 5:23 King James Version 23 And the very God of peace sanctify you wholly; and I pray God your whole spirit and soul and body be preserved blameless unto the coming of our Lord Jesus Christ.